It’s the most wonderful time of the year!

With the regular season coming to a close and bowl games already underway, it also means that the Coaches Poll was released to the public.

Of course, not all coaches fill out the weekly rankings — with many having their assistants do it — however, it still offers a glimpse of what programs/athletic departments think about other schools around the country.

As always, there was a lot of surprises and fun things in the coaches poll, including Clemson head coach Dabo Swinney ranking the Ohio State 11th, their lowest ranking among the 61 coaches who voted in the poll.

Here’s a look at how BYU got to No. 15 and which coaches/athletic departments respect BYU, and which ones do not. Below is a look at each of the individual ballots for the Coaches Poll. 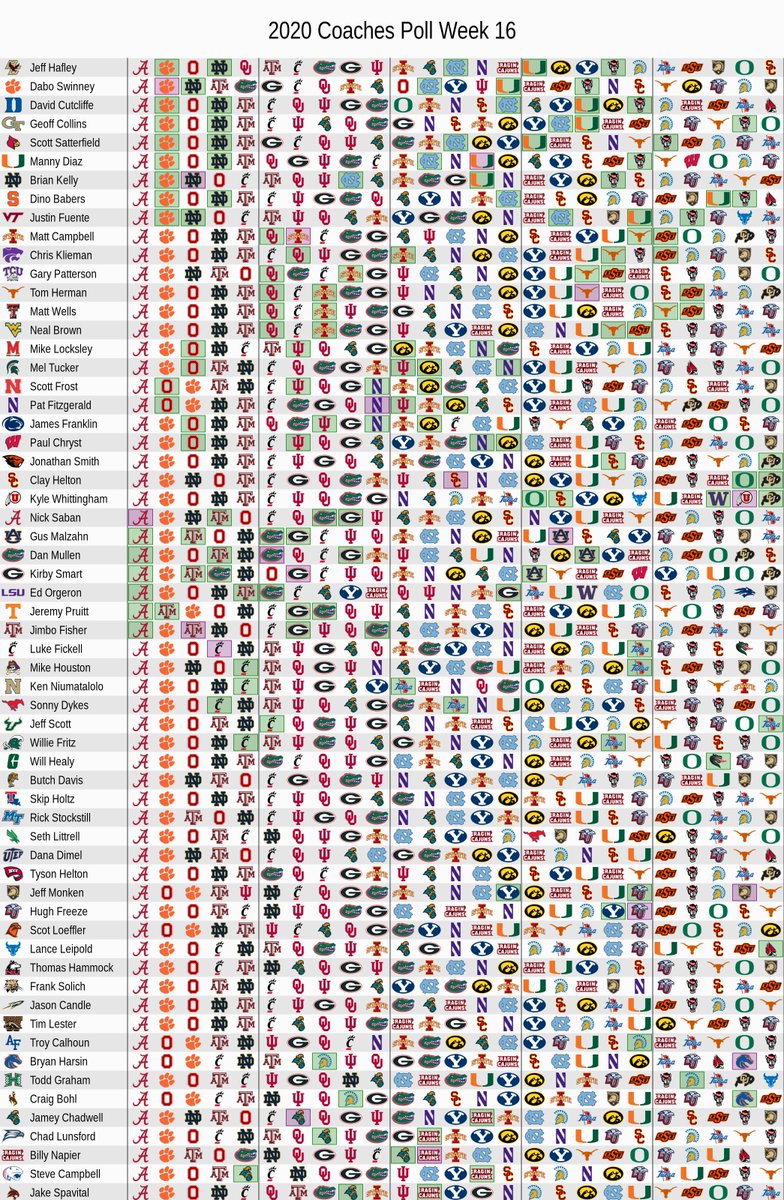 Of course, some of these coaches played against BYU this year while others have connections to the program. For example, Orgeron is very familiar with several BYU coaches as Jeff Grimes and Eric Mateos worked under him at LSU.

Utah head coach Kyle Whittingham ranked BYU 18th. Despite the Pac-12 conference playing the least amount of games out of any conference, the former BYU linebacker ranked five Pac-12 schools in the Top 25. Whittingham put Utah at No. 24 and was the only coach to ranked the Utes. Of course, Whittingham has no incentive to rank BYU very high as he is competing with the Cougars for a number of recruits. This just goes to show how ridiculous the Coaches Poll is.

2021 NCAA Tournament: BYU Receives No. 6 Seed — Here’s All The Reactions

Boca Raton Bowl: No. 13 BYU vs. UCF — Predictions And Preview